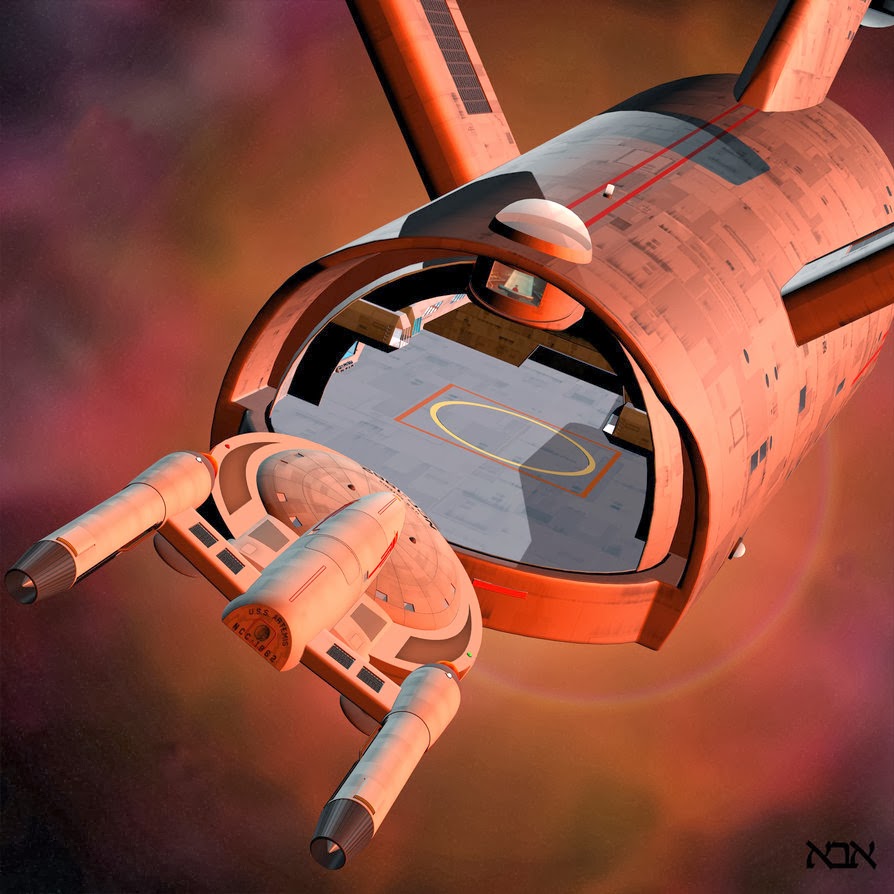 After some prep time we started our Decipher Star Trek game last night...it was great!  I had six players at the table and while it will take some time to have the players get into character they had a great start.  We have five humans and one Vulcan, the ship they are using is an Archer Class Scout that was seen in the Star Trek Vanguard Novels, it is a nice small ship and works great for a gaming group.

The year is 2266 and I am using TOS episodes as a marker or guideline to help the players know what is going on around them...this is right after Where No Man Has Gone Before...

We have two yellow shirts, two red shirts (one communications) and two blue (one medical one science).  I am very excited and look forward to this continuing!