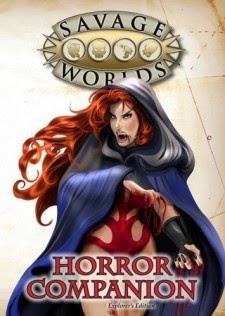 I had five of the six last night for the second week and once I explained the rules to the new noobies we started...now the previous two sessions I have used Call of Cthulhu and Doctor Who to play and I have to say that once again Savage Worlds is my go to game.  My buddy Tim thinks that Eden's system could replicate it and maybe it could but that is the system he knows and I know SW.

We actually made it to the point in the story that I was hoping we would make it to and that means that we will finish up a little early next time...should be fun!

I will post more later about what is going and on and the characters....they are pretty darn good!
Posted by Rhonin84 at 2:09 PM