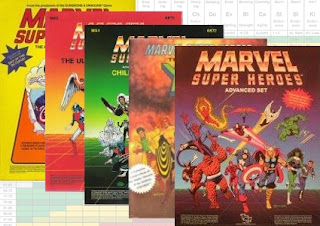 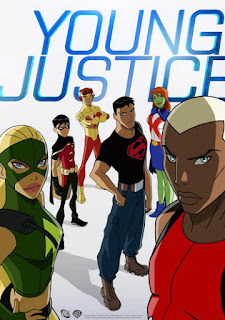 Over the weekend I had the pleasure of using my old TSR Hero RPG using the characters from Young Justice with my sons and three of their friends.  IT was a success...so in honor that event I will give the title of the episode and then give a synopsis later when I am finished writing it.  OH!!  I forgot the only thing that is canon is the first season, we are not using the second season of the cartoon at all.

Sand in the Machine


Aqualad, Artemis, Kid Flash, Miss Martian, Robin, Superboy and Zantanna are in the Bio-Ship over the Middle Eastern Country of Bahal'rhan. Having just signed the Justice League accords they are a small country with large mineral deposits that Queen Bee has already tried to steal once. The team is placing sensor stations along the borders of the country when Miss Martian grabs her head and collapses. Robin takes control of the Bio-Ship as Superboy and Artemis are outside watching the Bio-Ship, shack, rattle and roll.

Robin quickly sees that the ship is trying to pull itself to some coordinates deeper into the desert. Superboy and Artemis gain access to the ship and they try and wake up Miss Martian, to no avail. Though they did determine that she was ok but seemed to be in some kind of distracted mental state. The ship arrives and stays cloaked but will not move...Superboy and Kid Flash go check the area around the ship and find nothing but sand...Superboy though doesn't feel well while he is on the ground. Using his senses he hears some machinery underground.

Robin uses the Bio-Ships sensors to determine that there is a wrecked spacecraft down there buried for who know how long. The ship cannot identify what it is but it has a strong telepathic and magic pull to it. Zatanna confirms that indeed there is magic in the area and with Miss Martian out they assume she is doing something with her mental powers. Zatanna creates a tunnel through the sand and earth to where the wreckage lies...

They can determine that the ship has been here a looooonnngggg time and the hull is full of holes and scorch marks. Kid Flash leaves and quickly returns saying that the ship is empty but that he found two doors sealed AND that there were skeletons laying about. They tried the front first and then with Superboy "hearing" something from the rear they went to the back of the craft and were able to gain entry into a large three story room that was beaten and battered but around the walls were tubes or tanks with mysterious reddish pink fog/smoke in them. In the center of the room was a wheeled robot looking thing with a large glass dome, inside the dome was an over sized brain with about 9 eyes looking at them BUT it couldn't move no matter how hard it tried.

((second commercial break and brownies were had here!))

Ok...so the brain case, as they called it couldn't move and finally the only person who could talk to it was Aqualad, it seemed to understand Atlantean...all was going pretty well until Zatanna tried casting a spell and rolled...01. The Brain Case lit up like a Christmas Tree and then some of the tubes started to open, and four more mechanical beasty things came out, BRAWL!

The only person who took damage was Robin, and they figured out it was Miss Martian who had kept the Brain Case from moving. Our funny moment came when Kid Flash got grappled and held and couldn't get out...so he finally gets out and just beats the thing to rubble....just as Robin tells the team to boogie he set charges. This is where I made Kid Flash roll a Psyche Roll to NOT grab a trophy..he fails and rips the arm off the one he had beaten...they made it back to the Bio-Ship as the ship wreck blew up...the last scene was Kid Flash putting the arm in the trophy room...and has he turned it started to glow...
Posted by Rhonin84 at 10:59 AM