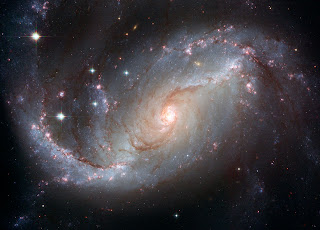 I have written how much different authors have influenced my gaming but today I thought I would share a peek at my sandbox that I use quite often.  Now some things change depending on what system I am using but for the last five years or so now this has been pretty constant.

I have two political entities that are in close proximity to each other the first is a Monarchy and the other is more of a coalition of like minded peoples.  The Monarchy has been in business for just over 1000 years and it resembles Great Britain in it's Empire days...this of course is influenced by David Weber and his Harrington series.

Monarchy
Bristol Star:  There are two planets that are very much inhabitable within the system, the first is Bristol with the capital of New Haven.  The world itself is about 60% water and there are large tracts of land that are bring left undeveloped for now.  There is a large population and most of those are centered around New Haven, Port Royale and Southwicke.  Bristol also is home to the Royal Naval Academy.

Cambridge is the second planet in the Bristol system and though it does not boast as large as a population as Bristol it is where the New Cambridge University is based.  NCU is also the leader in the study of psionics, the Duke of Cambridge is a well known psionicist as is his family.   Cambridge is a world covered in water and fogs tend to develop very quickly inland and at sea, making travel for those dependent on sight very dangerous.  Though the air is breathable many people rarely leave the comforts of the domes and tubes that connect the cities and buildings of Cambridge.

The last feature of the Bristol System is the Naval Station known as Pearl Station, it is a small planet onto itself and is the largest naval port for the Monarchy.  Repair and construction yards are here as well as research and development of many new weapons systems.

The closest planets are; Gryphon, Canterbury, Fenris and Basilisk.  Gryphon is a rocky, dry and hot world filled with large deserts and deep canyons.  The key to Gryphon is the mining that is done here, the Mining Guilds supply many of the precious metals the Star Kingdom needs, while the Guilds do have quite bit of control the government has no problems with nationalizing the mines if needed and will not be held hostage.  The Star Kingdom maintains many mines of it's own but for the most part it does let the Merchant Houses and the Mining Guild do most of the dirty work.  The navy does maintain a base here, Braddock Station, named after Colonel Henry Braddock one of the most decorated Royal Marines in the Star Kingdoms history.  Rumors have it that elements of the Blackrazors train here.  The Blackrazors are the kingdoms black bag specialists, and they have a very nasty reputation.