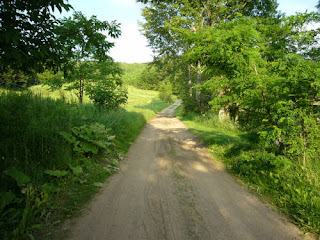 The mixing of the high school kids with my two sons went really well!  The key today was LOTS of traveling, the group of eight traveled the most in this game to date.  They traveled from Pine Grove, the farming community that has become their home base, and finally to the metropolis town of Hartford, where they have brick streets!

First the group had to be united and that was interesting, a rescue from a dungeon maze, a riddle and a death trap were for the most part avoided.  The group came out with some money and a magic item, a slew of new weapons for the farmers and Rhialla (the ranger in the HS group) made level.  When they got to the booming town the group split up and trouble ensued...the Thief in the group went against her guild, the Ranger and Fighter almost got killed by some Were-rats, the Bard did his best to charm the ladies AND the other Ranger Valen went on his own little quest.  They have picked up some more info on the Stag Lord and now Lotan and Janos are speeding back to Pine Grove to share this information while the other group travels on to Eastbrook where Valen is.

This to me was like a Marvel Team up episode and I could not have scripted a better ending, I am proud of my sons and the HS kids who really stepped up!!
Posted by Rhonin84 at 6:47 PM