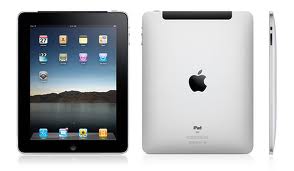 Today while my wife was shopping and left the four men in the car...we ran an encounter using the IPad 3.  I used an App called Hex Map I believe and one of the many dice rolling programs, I used the note pad that comes with for character notes.  The encounter took 40 minutes, it involved six orcs being led by two ogres going up against six player characters.  The kids loved being able to see the battle on the map and being able to "roll" the dice and keep notes right on the tokens provided with the app.

I am going to look further into what I can use this for and might even spring for the full version!
Posted by Rhonin84 at 4:03 PM