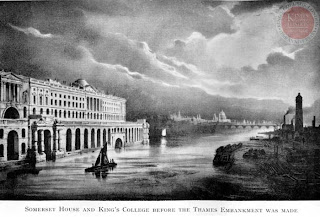 Alright got to play Ghosts of Albion today from Eden Games.  Now I have known the author Tim Brannan for sometime as our older kids were in daycare together, going on something like 8-9 years now.

We had a new character at the table today to join the other three of our characters that have been played for quite some time now...and we had a blast!  The story was interesting and of course the three characters have gotten to know each other well but we have our own secrets still and our own stories...

I don't want to give too much of the story away in case Tim changes his mind about running at GenCon or if I take up the mantle again and try and run it for him...let's just say that again the title does help clue you in on what is happening in the story.

Once again Valerie, Otto (David) and Mason were able to save the day with some help from their new companion John (the Yank).
Posted by Rhonin84 at 7:48 PM