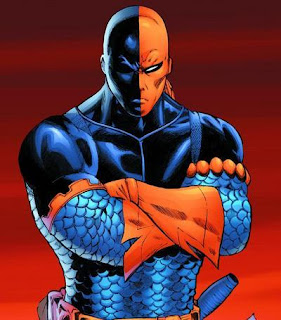 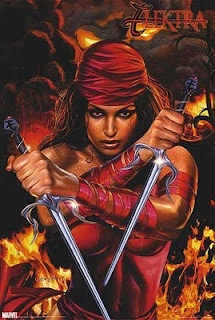 My son Connor has decided that it would be cool if these two would be the parents of his hero character.
You see I told them about a game I played in, in college where you had to have at least one super powered parent. Well we had a blast and since Justice by Tim B is a product of this idea so now is Nightstrike!
Kane Natchios is trained in many different kinds of martial arts thanks to his mother and father...though they were never married he spent time with both of them. We are still working on how they met BUT that should be fun. Nightstrike has recently moved to Victoria City after spending some time in Japan, he is looking up an old childhood friend...more on Nathan's character later. Kane is not actively sought by the Hand, yet but that might change as he makes a name for himself if he chooses to be a hero, (duh!) in his new home.
Kane is operating as a Security Consultant/Bodyguard...this has set up written all over it! Looking forward to doing something with this real soon.
Posted by Rhonin84 at 5:55 PM